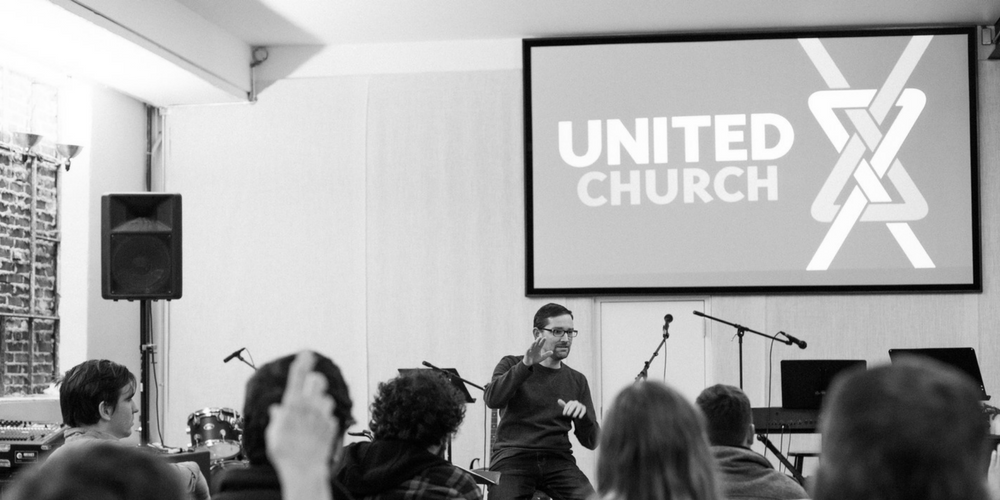 Posted at 13:16h in Owings Mills by UnitedChurchMD 0 Comments
0 Likes

I’ve been coming up with names for people and things for a long time–from nicknames for friends, to names for kids’ sports teams, to names for my own children.  However, until United,  I’d never been part of naming a church.

This was an important step for us because the name of the church communicates who we are and what we seek to do.  Once “United” was on the table, I had a hard time considering any other ideas because of how well it captures our vision for this church.

In Jesus’ final prayer with his closest friends, he prays that they and anyone else who will follow him, “would be one.”  He is not praying that they “would be the same” because, more than anyone, he knew that all those who would follow him would be incredibly different.  The fact that people can be different and “one” is only possible through Jesus.

Owings Mills is a community filled with people who are very different from one another–economically, racially, culturally, ethnically, politically, and generationally.  There is a great opportunity for the light of Christ to shine brightly when the church reflects the diversity of the community.

As the Church, we want to reflect this diversity and be united, because when people are united for Jesus, His love and hope are most clearly on display for the watching world. We desire to be a church that brings all the people of Owings Mills together to be a part of God’s greater story. A church that is United for Owings Mills. United for the community. United to help people connect with God. United in Christ.